The Honeywood Residents Group committee consists entirely of volunteers who live locally in the estate. We love Honeywood and want to ensure that it is always a great place to live! We have been an incorporated association under the Associations Incorporation Act 1987 (WA) since 2014.

The Honeywood Residents Group was originally conceived at a meeting attended by over 100 residents in June 2014. The meeting was called predominantly with the intention of discussing security concerns and crime levels in the estate, however it was made clear by popular vote that residents saw the need for a committee of some sort to liaise with public bodies on behalf of concerned residents on all matter of topics. The interim volunteer committee applied for incorporation following meetings with the City of Kwinana, WA Police, local developers, Wandi Progress Association and Neighbourhood Watch in late 2014. Our first AGM was held in August 2015, during which our first official committee was elected.

The committee advocates on behalf of our members for the improvement, maintenance and conservation of the amenities and natural areas of Honeywood, promotes local community interests and raises funds for local amenities and activities. Our goal is to promote community effort to enhance the lifestyle of all residents, and to provide a pathway for residents to participate in the development of community projects. As with any incorporated association, we hold annual general meetings to elect our committee for the following year. All residents in the suburb of Wandi are invited to become financial members, and all funds raised by the HRG are put straight back into community projects.

For only $10 per household per year you can support your local community to host events and fund initiatives to improve the lifestyle of residents of Honeywood.

Get in touch with us

We are Proud to be Supported by our Generous Sponsors 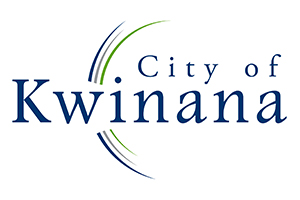 The Honeywood Residents Group is an incorporated association with a committee steered by a group of volunteers living in the estate that supports the local interests of residents in Honeywood and surrounds.